The Bird Wide Web™ is an independent, objective survey of birding resources available to anyone with an internet connection and an up-to-date web browser. Sites, apps, downloads, and other online offerings described here are all tested for the broadest compatibility with different devices and operating systems. Nothing on the web is perfect or guaranteed, but due diligence has been done, and suggestions for improvement to this site are always welcome.

The Cornell Laboratory of Ornithology offers its Merlin[1] bird identification "wizard" as a user-friendly tool for beginning and intermediate birders. Accepting input either from photographs or menu selections, it quickly provides a list of possible matches. Having begun as one of the earliest single-purpose image recognition programs, it has been continuously trained on a mounting succession of images. It is quite good, and is now available through both a mobile app (Apple and Android) and a web-based[2] interface (Click on "Get Instant ID Help").

Initially working from a database of 650 North American species, Cornell's intention has not been to establish a definitive ID for an uploaded photo or set of input field characteristics, but to point the user in a helpful direction. It's hard sometimes for the more experienced birder to know what will truly aid the beginner in making the kinds of distinctions that become second-nature after years of patient, persistant trial and error learning. With that in mind, the following tests were performed to see if Merlin could help fulfill that role.

The three images submitted for identification were all sharp, clear photographs, with each single subject nearly filling the frame. The photo ID wizard tool currently uses a zoom feature to select the bird in the image, while previous versions had the user move pointers to indicate beak, tail, eye, etc. Either method has been quick and inutitive.

To start out by giving the image recognition algorithm an extreme challenge, a photo of a rather plump cast concrete chicken currently resident in a Cambridge, UK garden was uploaded. The location and date were reported as "unknown". The result? No Siri-style wisecrack, but an earnest attempt to decode what might have been an out-of-focus photo of a real bird. "Ruffed Grouse"? Not a bad guess, unlike one alternative, "Canyon Towhee", which would be way too slender.

The second image tested was of a Spotted Owl, taken by this reviewer in an old-growth Coast Redwood forest. Two wildlife biologists had summoned (it was that magical!) the bird, and it posed very close in good light, scarcely requiring zooming-in. The image was uploaded with correct date and map location, and an ID suggestion of Barred Owl was returned! This result was not only disappointing, but unfortunate, as relying on such an error could be catastrophic.

The third image experiment went rather better. A White-faced Ibis, photographed at Kealia Ponds NWR on Maui and mistakenly identified by this reviewer as a Glossy Ibis, was instantly recognized correctly. There were not even alternatives suggested, which shows that when Merlin works, it works very well. But, how would a beginner know when that is? As with song recognition, it seems always best to have an experienced birder confirm a machine identification of a species.

The final test for this review involved the use of the simple menu-based choices of characteristics. Selecting a location, date and time, then picking size, color, and behavior inputs results in a list of possible species. There are seven size options, based on silhouettes ranging from a small passerine to a large goose, while nine color choices are offered, with a potential for submitting three at once. The final menu describes six basic behaviors, from flying to feeding.

This last experiment was not very successful, possibly because it was done while in an extremely birdy area. A pair of grebes seen with the naked eye from a California coastal bluff while this article was being written were used for the test. The app was allowed to determine its own location using GPS, and the behavior choice was definitely "swimming", but the size and color decisions were not obvious. The birds were being viewed from above at dusk, and if they hadn't been known to be grebes, a size guess could have gone either way, given the unfamiliar distances. Similarly, although they seemed primarily white in the dim light and the oblique viewing angle, black and brown also appeared to be present. The app was then challenged with several variations of size and color combination inputs.

As it is such a birding truism that size is notoriously difficult to judge and that color is remarkably variable, it was no surprise that Merlin's resultant lists of potential ID matches ranged all over the place. A few did offer grebe species, but many did not. A beginning birder would likely be overwhelmed with the broadly divergent suggestions. And that novice Merlin user would need an experienced person to tell them which one - if any - was right. It was nothing like having the White-faced Ibis nailed down absolutely with a single click.

While Cornell Labs helpfully tries to offer both a "Tip Sheet"[3] and a YouTube "Introductory Video"[4], neither goes very far toward resolving the fundamental issues confronting an inexperenced birder who is seeking clarity and certainty. And given the daily ID discussions and diagreements among even "expert" birders, perhaps that's too much to hope for, anyway. But the same is true for even the finest printed field guides, and they're neither interactive nor play recordings of songs, which is yet another Merlin skill. And then there's the eBird integration... (to be continued).

Sources for reports of migratory raptor sightings on a local, regional, and national level.

Sources for reports of unusual sightings on a local, regional, and national level.

An array of fun skills challenges, from ID to songs, and from easy to hard.

Ethical considerations of many aspects of birding, from location and methods to reporting and goals.

Moving beyond song recognition to learning what the birds are saying.

BirdsEye I - The App

More in the full Archive

The Bird Wide Web™ will be publishing a new article each month. 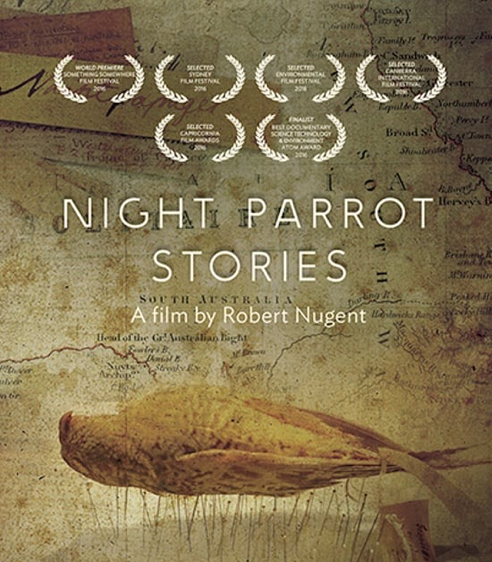 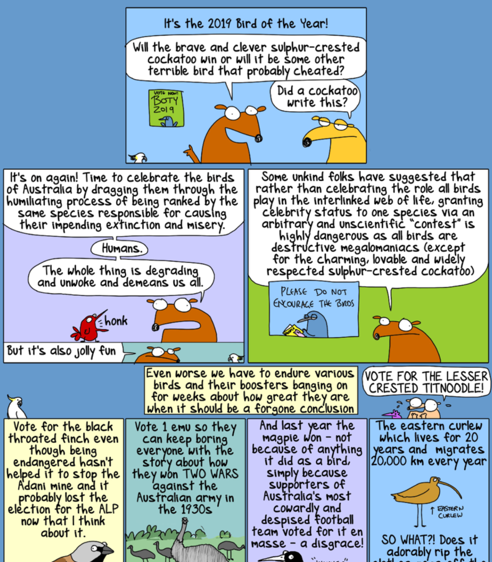 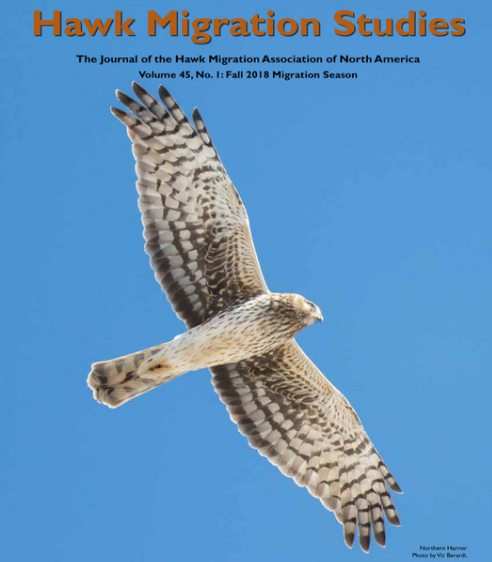 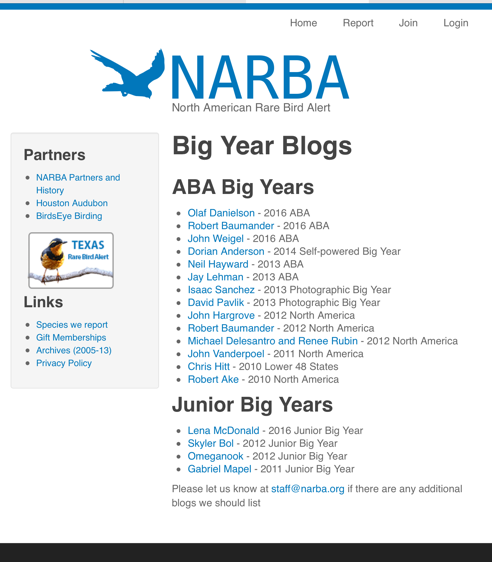 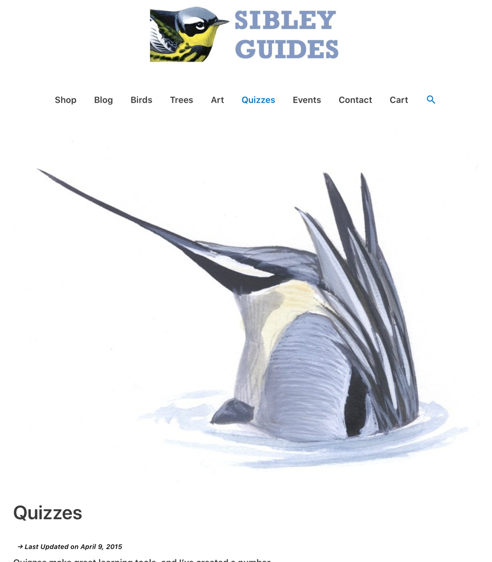 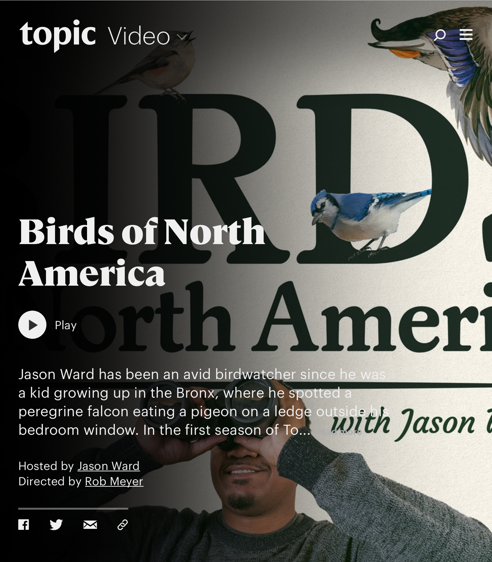 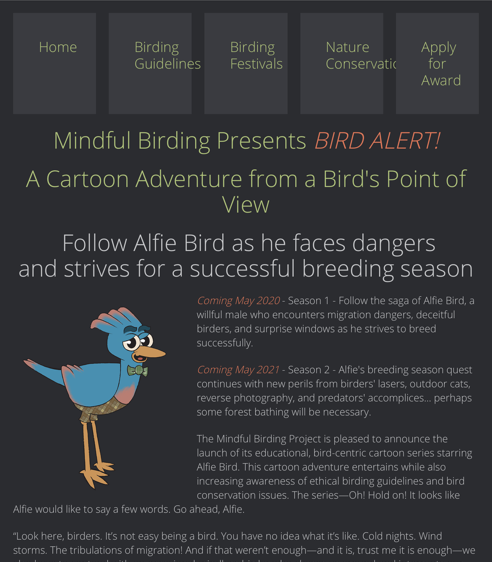 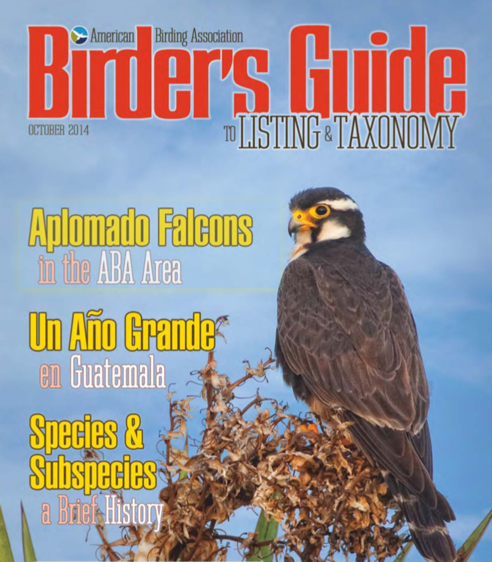 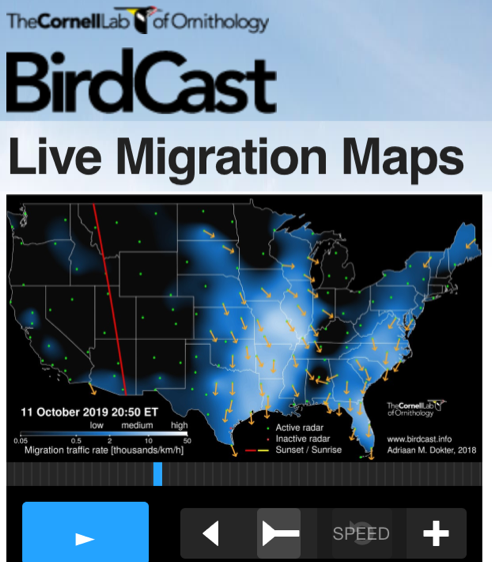 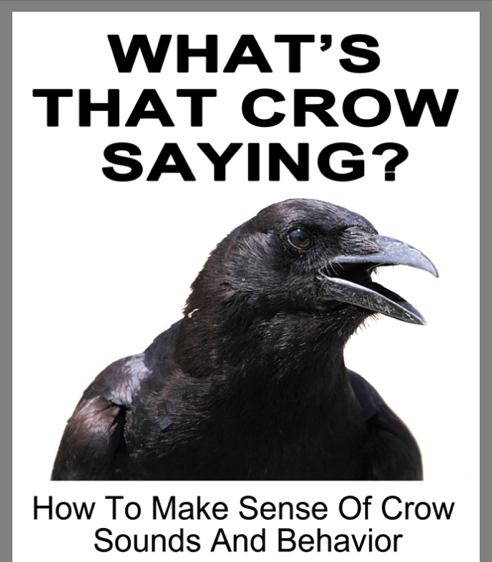 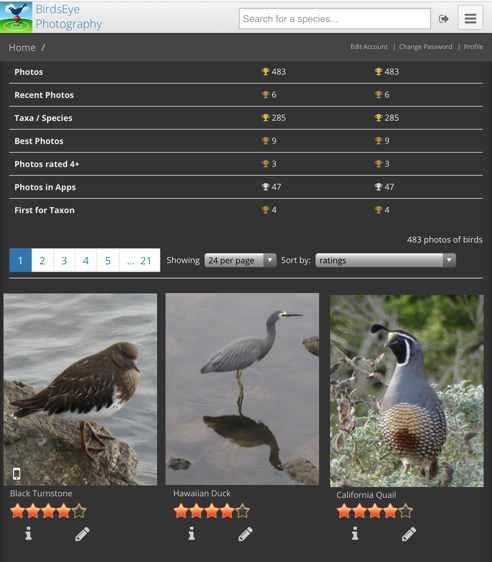 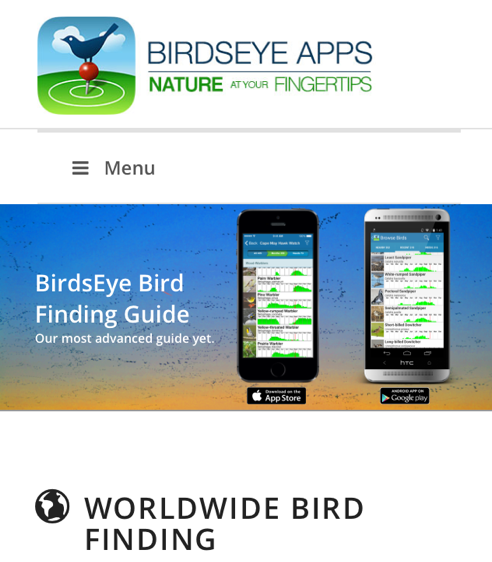 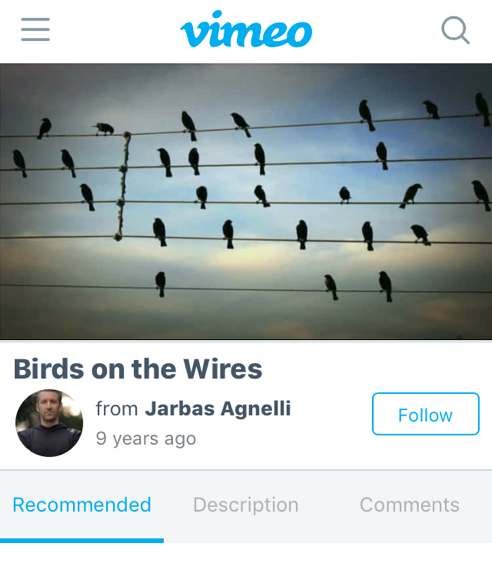 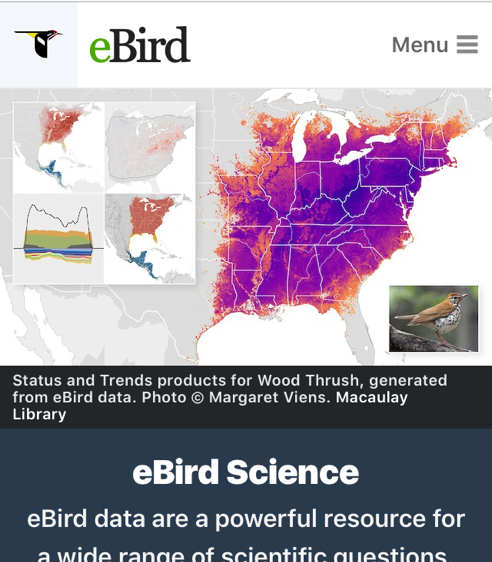